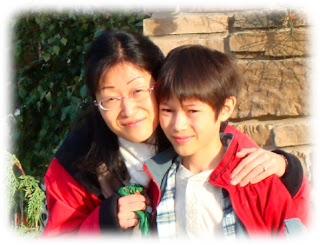 Seriously though, it is a nice way to get around to meet the neighbors and get to build relationships. And that is always step one in personal evangelism. So...we are grateful to God for the opportunity. She might just want to stay Mrs. Blockhead for awhile! She quick to remind me, though, that this makes me Mr. Blockhead.