Kevin and the Tomato Stalk

Some of you with a green thumb will probably have a laugh at this. I know I'm not growing these things right. It seemed like a good idea at the beginning of summer to use the tiny bit of ground we have to put in a few tomato plants. They grew wildly beyond my expectations. Mostly leaf and little fruit...at least right now. I've tried to contain their wild ambitions with wire stakes. Are they supposed to get this tall and leafy? Some of you that know better might give me a pointer or two. 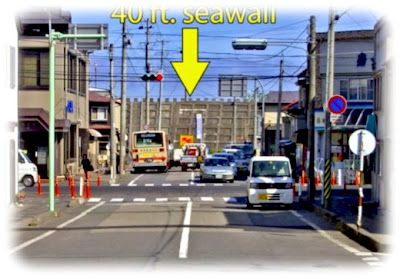 Would you pray that the people would turn away from manmade security, toward the security of the Everlasting Arms, and receive forgiveness in Christ. Now is the time for a great revival in coastal Japan!
1 comment: 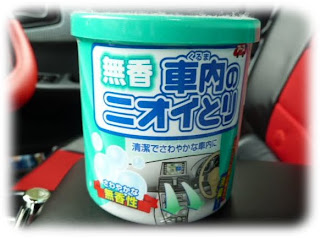 Have any of you made any embarrassing mistakes recently? Anyone? I just want to know if I am writing to my equals. This week's mistake will probably earn some kind of recognition in the Hall of Shame.

This past week, on a rainy day, I drove Kaori to her violin lesson. On the way home I had a little adventure. I found this can of car deodorizer a while ago. It’s been in our van since we bought it 8 years ago. It was taking up space so I decided to just use it. I read the directions. After mixing the chemicals, you needed to leave it for 10 minutes with the fan on high. I figured the 10 minute car ride home was just the right amount of time. So I mixed the chemicals and put it on the van floor.

Two minutes later it started to smoke a little. And then a lot. And then billows of smoke. I sure didn’t expect that part. I’m sure there was a warning in the directions, but, as usual, I didn’t read them carefully. In my defense they were in Japanese.

So, here I am driving in the van, the rain is coming down hard outside. And inside nauseous smoke is filling the van. My eyes start watering. I open the windows, but now the smoke is blowing past my head in great choking white spirals.

It was a long 8 minutes home. I’m sure people seeing this foreigner in a smoking van wondered what in the world was going on. It’s not the first time they’ve wondered about me. I’m (in)famous in the neighborhood, but at least I am defumagated now.
No comments: