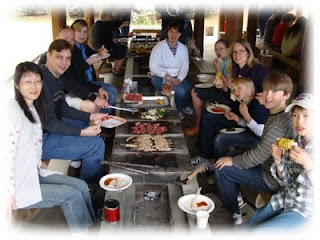 Every once in a while we need to get apart from the work, and reflect on God's goodness and greatness in our life that empowers us in the work. Not having to be in charge, and getting a chance to hear a few messages in English is a great blessing. Take a look of the photos of "our gang" by clicking here. Go ahead and look! You need a break, too!
No comments: 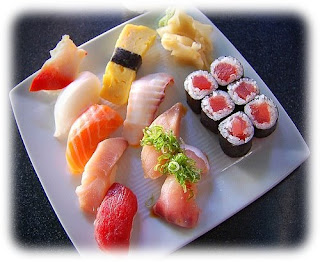 A friend recently forwarded this link to me which gives you an inside look at a sushi restaurant. Many popular "kaiten sushi" shops have a circular conveyor belt where plates are placed that revolve around in front of the seated customers. Customers choose the plates with sushi items that look appealing to them.

This short video was taken by a foreign customer who placed a running video camera on the conveyor belt. The clip makes for an interesting few minutes of people watching, and an inside peek at the kitchen at the heart of the sushi shop. Enjoy!
No comments: 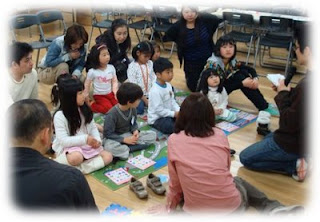 Thank you for praying for our Easter outreach as a church this past month.

We had many first time visitors on Easter Sunday. And we had a great time of fun together during our Kids Easter Party on April 5. Kids in Japan have no idea that Easter has anything to do with Jesus. But at least a dozen more do now!
No comments: 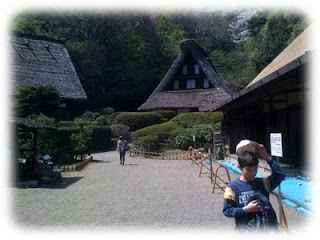 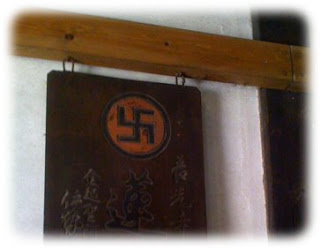 I was reminded that some Japanese homes now display a very different symbol for peace: the cross. My heart is filled with joy for these Japanese families for whom Christ made "peace through his blood, shed on the cross." Yet 99% of Japanese are unaware of this peace. Pray that this new peace symbol will be hung on the heart doors of all Japanese in a nationwide awakening.
No comments: