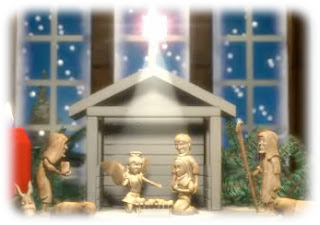 Shingo, a remote northern town in Aomori, Japan, has a strange and unlikely tale to tell! Jesus Christ did not die on the cross, but lived there among the mountains and rice fields. His previously unknown younger brother was crucified in his stead.

After escaping the Romans, so the legend goes, He fled across Siberia to Japan. He settled near the northern end of Honshu, married a local woman and fathered three daughters before dying peacefully at the age of 106!

A peculiar local belief is that making a sign of the cross on a baby’s forehead will prevent illness.
Source: Yomiuri Newspaper, 1999-07-05

We know that there are many counterfeit Christs in the world! How fantastic it is to be liberated to know the real Christ.

For we did not follow
cunningly devised fables
when we made known to you the power
and coming of our Lord Jesus Christ
(2 Peter 1:16).