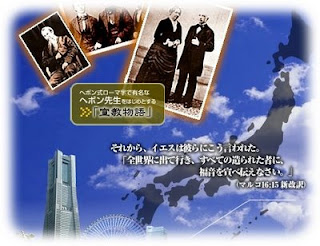 This spring marks the 150th anniversary of Protestant Christianity in Japan. The first protestant missionaries set foot in the port of Yokohama back in 1859. Now they were real church planters -- overcoming all kinds of odds. In fact, Christianity was still a proscribed religion in Japan when the first missionaries arrived.

The evangelistic work in Japan during this time often needed to be done discreetly at the initiation of the Japanese seeker. One English missionary wrote in 1869 of the difficulty of accomplishing this. “I read those words (prohibition of Christian preaching), and I realized at once the excessive difficulty of our task. What were we to do? The only opportunity I had was simply to receive the visits of any inquirers who chose to come to me to my own house; and would Japan venture thus? They did venture. Before a month had passed, day by day, hours by hour, my house would be thronged with Japanese visitors….” 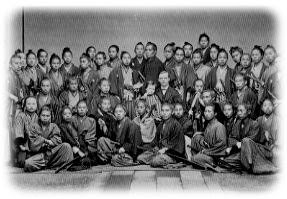 In spite of this prohibition, missionary work in Yokohama resulted in a series of revivals, with many converts coming from samurai families belonging to the Shogunate. The most success, however, was realized only after Christianity was granted freedom in the country. This occurred on February 21, 1873 in part as a utilitarian response to encourage trade with the West. The government removed the prohibition of Christianity notices on public bulletin boards for the first time in over 200 years. Now, Christian missionaries were free to evangelize openly. The scope of the missionary work was greatly expanded with the help of national evangelists and pastors including such men as Shinozaki and Honda, who advanced the church in country areas.

Take a look at this photo of one of the earliest Protestant Churches. Can you find missionary Guido Fridolin Verbeck in the middle of the group of new Japanese believers? We missionaries today owe a great debt of gratitude for the stubborn will and faith in God that established the foundations of Christianity in this country! Thank you, Lord, for advancing your church in Japan!

Great article about Japan history. Thanks for writing it.